The latest versions of the Google Docs and Sheets apps for Android and iOS devices include the following new features:

Google has reported they have resolved the issue for new account holders who were experiencing a delay in receiving email.

Incoming students can continue to claim their Google accounts:

The bConnected team has identified an issue that is preventing newly created bConnected Google accounts from receiving mail until 24-48 hours after the account is created. We are working with Google and expect to have this resolved over the next two days. Until then, new account holders can send mail but will not receive messages until the 24-48 hours have passed.

Incoming students may continue to claim their Google accounts:

Reminders come to Google Calendar on the web

Accept questions from your audience when presenting in Google Slides

Better engage your audience by allowing them to submit questions and vote on them during Google Slides presentations. To see the feature in action, check out this video in which Google Science Fair winner Shree Bose fields questions from a group of 200 middle school students.

A few things to note:

1) Create your CalNet ID and passphrase

Google Launches Reminders for Google Calendar on the web 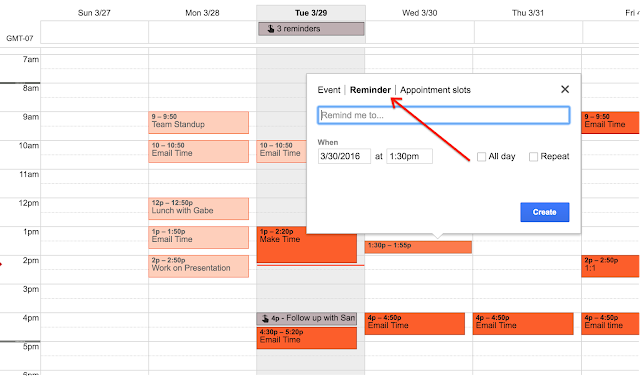 We have reached a milestone in our transition to bConnected Lists: over 1000 lists have been migrated! As of today, we have 1178 lists migrated since the process began on April 27th.

Google Drive allows users to easily share files with collaborators through access control permissions and sharable links. With this launch, we are making it even easier to turn on file sharing in Drive on the web. Just select a file and click on the “Get sharable link” icon on the top right-hand side menu. You’ll then have the option to turn on link sharing with one click on the toggle switch.* The sharing link will then be copied to the clipboard for easy distribution and will provide view access to anyone in your domain who receives the link.

Join the bConnected Team at the following upcoming events to learn about the CalMail mailing list transition to bConnected Lists (Google Groups):

Introducing Goals in Google Calendar on Android and iPhone

Calendars should help users make the most of their time. Google has recently introduced a new feature called Goals in Google Calendar on Android and iPhone to help users find time for personal activities. With Goals, users can add a goal, and Calendar will help them find the time and stick to these goals.